The Plaster Cast Collection dates back to the founding years of the Academy under Peter Strudl in the late 17th century.  Its task was to provide the students of the Academy with style-defining, three-dimensional models. In the period around 1800, the era of Neo-Classicism, there was a systematic expansion in the area of Greek and Roman antiquity. In 1851, the collection was assigned another important function: It became the first sculpture museum in Vienna to be opened to the public and managed to do this with great success.

In Theophil von Hansen’s new Academy building, which was ready for occupancy in 1877, the so-called Gipsmuseum (Plaster Cast Museum) was set up in a very central and representative manner. The Assembly Hall and eight adjoining rooms allowed for the first time a chronological presentation of the collection, which by this time had casts from all periods and could thus offer an overview of European sculpture history. The Plaster Cast Collection fulfilled this purpose until the 1930s. However, due to changes in the curriculum and dwindling interest in the collection, it was moved out of the Academy. 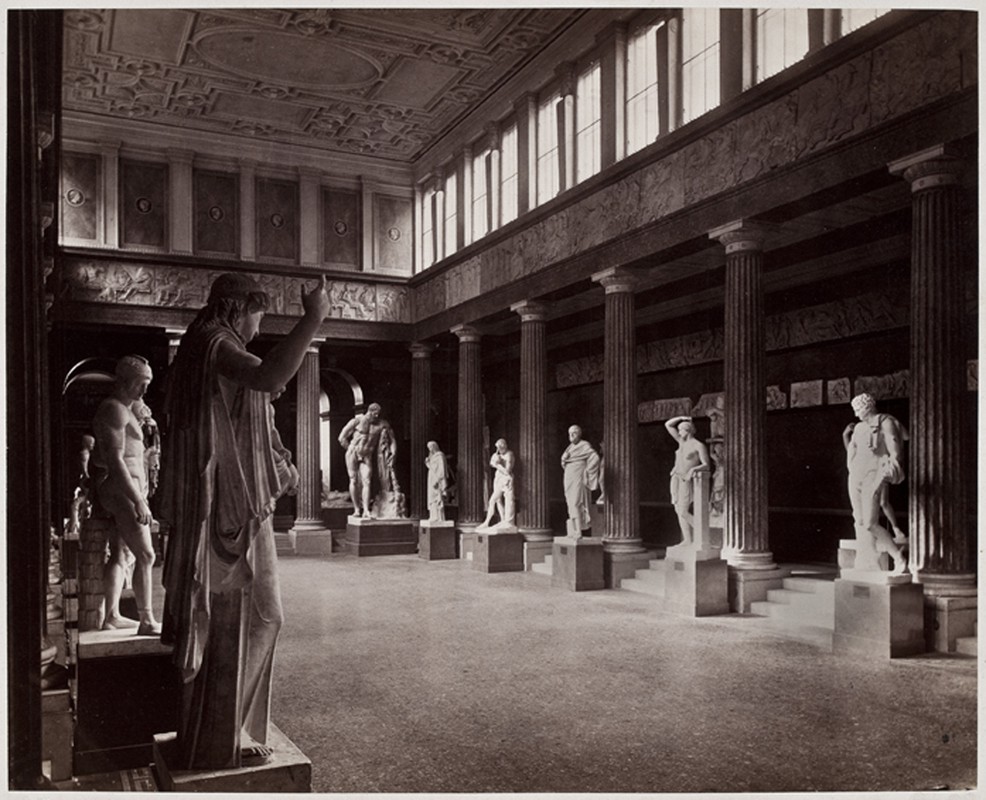 For over 50 years, the remaining casts eked out an existence in various storage rooms. In 1988, the remaining objects of the Plaster Cast Collection were transferred to the administration of the The Paintings Gallery of the Academy of Fine Arts Vienna and re-installed in the completely renovated Studiobuilding (former Semper Depot).

Today, the approximately 450 preserved casts are presented there in the sense of a show depot, which invites a differentiated viewing through its fascinating density.

The impressive sculpture collection is accessible with guided tours for small groups at any time by appointment. Since 2018, drawing afternoons have been offered regularly at the Plaster Cast Collection to interested members of the public under the motto “ Drawing from Antiquity ”.